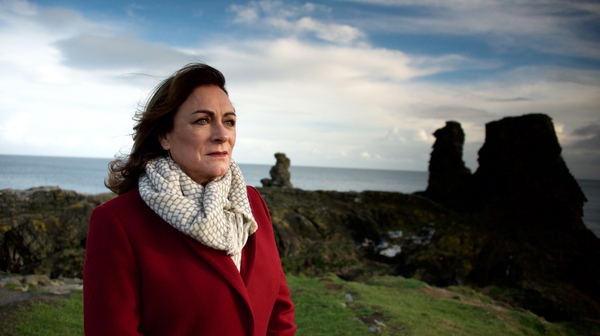 In April this year, RTE launched the search for Ireland's favourite folk song. Folk music has made up such a large proportion of our cultural identity as a nation and the search to find a definitive winner was to prove very challenging.

The search whittled a list down to 10 finalists with a specially commissioned new version or each song. All 10 versions were beautifully unique and wonderfully produced by current Irish artists. Check out the versions below and decide which one is your favourite:

A Rainy Night in Soho

The song was originally written by Shane MacGowan and released by his band The Pogues in 1986. The song, which was mixed and produced by Elvis Costello, appears to reference MacGowan’s experience of living in London.

The song is in compound time of 12/8 time which means you can count the beats as 1,2,3 (or try saying ‘rashers and sausages’). This helps give the song that lovely lilting feeling.

The Town I Loved So Well

This was a song written by Phil Coulter and recorded by The Dubliners. The song, which was written during the Northern Ireland Troubles, is a celebration of Derry. Rousing lyrics such as ‘for their spirit’s been bruised never broken,’ highlight the character of the town and the people in it.

The tempo is quite slow as it wistfully carries a repeated melody through 5 verses.

The song means ‘welcome home’ and was sung in the 19th century after a wedding when a bride was going to live with her new husband. The song was also sung as a quick march during the Easter Rising and references the ‘sea queen’ Gráinne O’Malley.

This is a great version sung a cappella or unaccompanied. It shows off the amazing effect of each voice singing different harmony lines in the chorus.

Only a Woman’s Heart

This song was written by Eleanor McEvoy and performed by Eleanor and Mary Black. It appeared on the album A Woman’s Heart which is still the highest selling album in Irish chart history.

This version is more down-tempo than the original and blends a beautiful mix of harmonised vocals with the instrumental lines from the harp and synth.

There’s something amazing about hearing this song. It might be simply because it’s so impressive that someone is able to sing all the lyrics. But I think it’s also the lilting melody particularly in the second half of the verse when it goes up for ‘then off to reap the corn and leave where I was born’.

This version by Lankum is quite a bit slower than many previous recordings of the song and is presented on top of a drone that continues throughout.

Such a classic song with wonderfully poetic lyrics. The middle section continues to rise building to big leap on the lyrics ‘It’s I’ll be here in sunshine or in shadow’ thus emphasising the song's powerful message.

After this you can hear the bass line in the guitar descend making the chord minor which adds an appropriate sense of sorrow and longing to the feel of the song.

The Green Fields of France

This is a song which praises the bravery while expressing sorrow for all the Irish who fought in the 1st World War. The piece is in a brisk 3 / 4 time which gives it that lilting moving feeling.

There’s a lovely use of repeating sequences in this song with little variations each time. For example the line ‘did they beat the drum slowly’ ends on a higher note than the start of the line. The subsequent line ‘did they play the fife lowely’ follows the same rhythmic pattern but starting on a higher note from the previous line and finishing on a lower note.

The words of this song were by the poet Patrick Kavanagh. The song was then made by Luke Kelly from The Dubliners to the music of the traditional song ‘ The Dawning of the Day’. It has also been performed by Ed Sheeran, Van Morrison and Billy Joel.

This version features an alternative chordal accompaniment than the traditional version which shows how the same melody can be set to different harmony.

This song gives an account of the Easter Rising and encourages Irish men to fight for their Irish freedom rather than fighting for Britain in the First World War. The song has been performed by many artists such as The Clancy Brothers, The Dubliners and The Chieftans with Sinead O’Connor.

This version with banjo showcases the instrument has the ability to provide chordal accompanier as well as counter melody lines to the primary vocal melody of the song. (The Foggy Dew is featured on our music of the Easter Rising blog post).

This is a Scottish traditional song typically song at the end of a gathering of friends. The song was popularised in the 20th century by The Clancy Brothers and it has also appeared in movies such as Evelyn and Waking Ned Devine. It was been most recently sung by Ed Sheeran as a hidden track on his album +.

This song, like the version of On Raglan Road, uses alternative chords at points of the song. The performer's strumming pattern of the guitar mirrors the rhythm of the melody throughout the song.

The winner of the competition was chosen by the the public to be On Raglan Road.

If you'd like to try out some folk songs in the classroom why not try our Sing-Along folk song course: