​Online Premiere of ‘Float Down the Liffey’ - Thursday 4th June

**Update** Float Down the Liffey is now live on YouTube and can be watched here:

DabbledooMusic Presents: Online Premiere of ‘Float Down the Liffey’

In conjunction with the Irish Music Industry Covid-19 Relief Fund

Following sold out shows on Culture Night 2019, DabbledooMusic presents the online premiere of the film Float Down the Liffey on Thursday 4th June, in order to raise funds and awareness around the Irish Music Industry Covid-19 Relief Fund. The film showcases Dublin’s rich and diverse live music scene.

Float Down the Liffey began as a collaboration in 2018 between musicians Chris Rooney and Alex Borwick and film-maker Sophia Tamburrini. The trio set out to produce a film with a live soundtrack of original music to celebrate Dublin’s vibrant music scene. The show premiered at Culture Night 2019 and followed up with a performance in February in The Sugar Club. Given the Covid-19 restrictions on live performance opportunities, the show has now been reworked into a stand alone film set to be released for general viewing online. 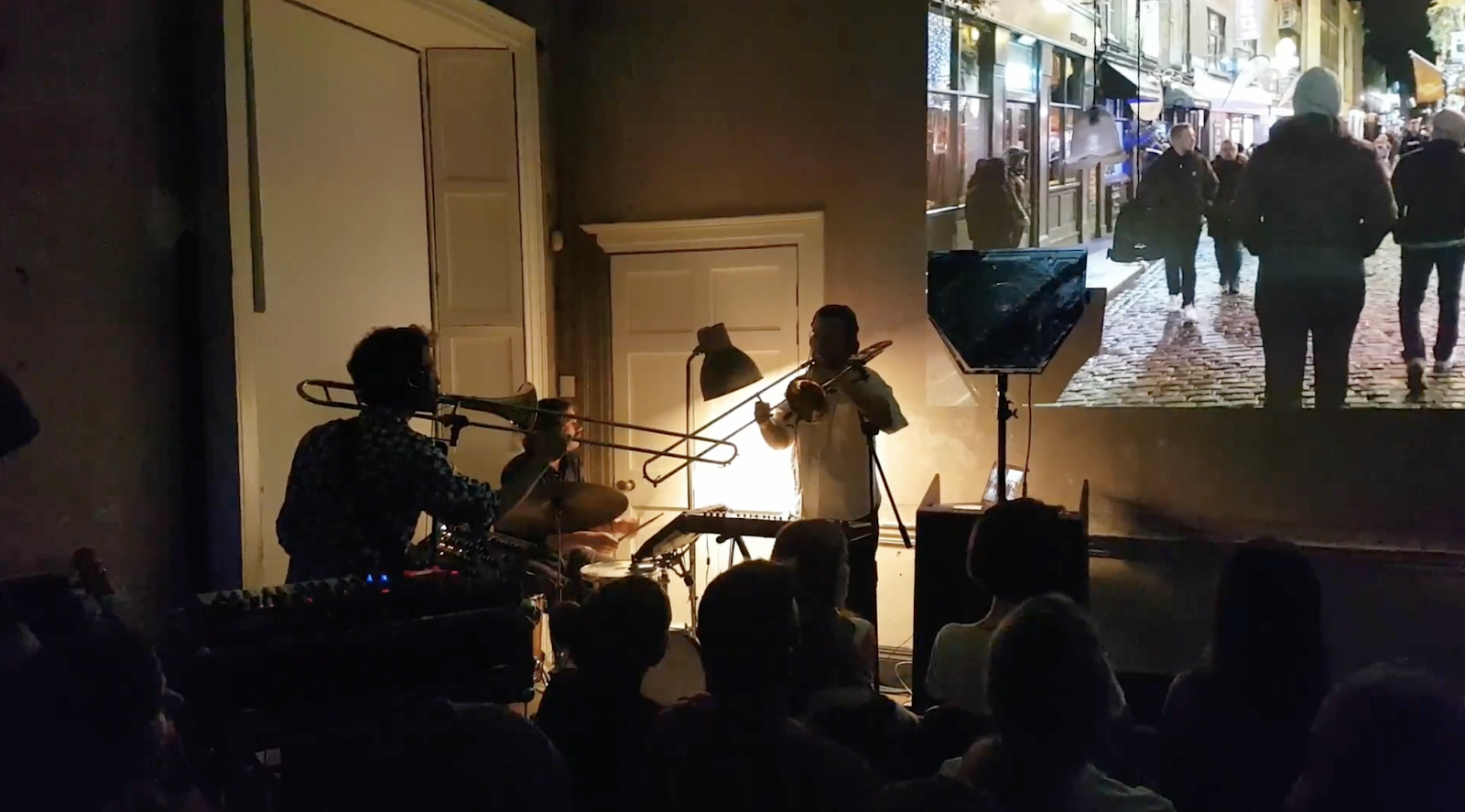 With the continuing lockdown restrictions pressing pause on the city’s music culture, this online release aims to provide viewers with an opportunity to reflect on Dublin’s live music scene and to give them a taste of what we can look forward to enjoying once again.

The film follows a character's journey through Dublin City at night as he visits various venues, taking in gigs from jazz to electronic music. The film showcases not just the musicians’ performances in these venues, but also the interactions and passion from the audiences as they participate in something bigger than themselves: this golden age of music in Dublin (view the trailer).

The music accompanying the film is presented as a continuous soundtrack, leading the audience through the unfolding journey happening on screen. Stylistically the music draws on electronica incorporating a mix of brass and percussion along with the added depth of synths and organs.

The film is presented by Irish music education company DabbledooMusic and will be released on Thursday 4th June at 8pm via Youtube, a link will be available here. The premiere will be seeking online donations and all proceeds will be given to the Irish Music Industry Covid-19 Relief Fund.